My list of ‘Southern foods I miss’ is rather substantial. I manage to get my fill of some of them over Christmas, or if I’m in NC for any other occasion throughout the year. Fried chicken? Easy. Chicken pastry? As long as Aunt Faye keeps inviting us over, I will put off making my own. Cheerwine? This one’s often forgotten, but I still think about that ginormous styrofoam cup with free refills from the bbq place. Did you know you can find it in Norway? Get out! I even get a biscuit or two and some sweet tea tossed in for good measure.

For whatever reason, I haven’t caught up on my pulled pork or hushpuppy needs. Thankfully, we have a new BBQ spot in our neighborhood that is close to the real deal, and once they decide to straighten up and make some Eastern NC bbq sauce, we’ll be in business. Until then, what they call “Carolina” works alright. Their cornbread leaves a little to be desired though, and if you ask me, I’d prefer a handful or two of hushpuppies anyway. 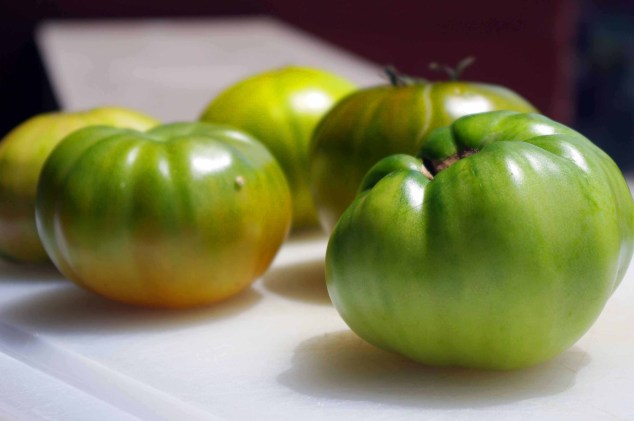 I can’t tell you how many times I’ve eaten bbq pork, hushpuppies, and coleslaw. Rarely eaten at home, it was generally reserved for family get-togethers (like one year when we had a whole pig for Christmas dinner) and after-school functions. Is that weird? I remember those meals pretty clearly, and I certainly remember the take-out plates: those styrofoam sectioned boxes, the big section loaded with bbq, the top left with watery, mayo-ish coleslaw (which was killer), and the top right overflowing with oval-shaped hushpuppies of all sizes. One small container of butter was tucked haphazardly into the box, but typically I had no time to waste on butter – the sooner those things were popped into my mouth, the better.

A few weeks ago, it occurred to me that I’d never made my own hushpuppies. I’m not sure why. Some things, I’d rather not mess with making, like chicken pastry, because I just know it won’t be as good as Aunt Faye’s. Others, I suppose I just never get around to it.

But for some reason, I couldn’t resist a recipe for hushpuppies and green tomato jam. Plus, since I’d already chosen tomatoes as the ingredient for the Iron Chef battle, I took it as a sign that it was time to whip up some hushpuppies so I could serve some of this jam alongside them.

As it turns out, that very well could have been a fatal error. The jam? It was, well, jammy. A little tart, a lot sweet, and something I could imagine working wonderfully on a warm piece of nearly-burnt toast, or a fluffy buttermilk biscuit. Served alongside the hushpuppies? Not a bad idea, for sure. And if I weren’t so into hushpuppies in all their naked glory, I’m sure I would have dropped spoonfuls of that jam on them.

For me though, I love them just the way they are: the thin crispiness on the outside, rugged at the edges, soft in the middle but warm enough that they taste like freshness, and perfectly gritty and rampant with corn flavor. Don’t get me wrong – I could eat them straight outta the fridge too, but let’s just pretend that I didn’t grab one every time I walked into the kitchen, and let’s instead assume that that guy I live with did, and that’s why they disappeared so quickly.

No matter where they disappeared to, I realized in a matter of moments that my feelings toward these little treats can easily get out of control, if I let them. And while a long-term relationship can’t possibly be a bad idea, I’m gonna try to settle on a short-lived occasional fling, a crush of sorts, so that I continue to appreciate them in their ruggedness, their simplicity, and their reminder of all things good in the world. 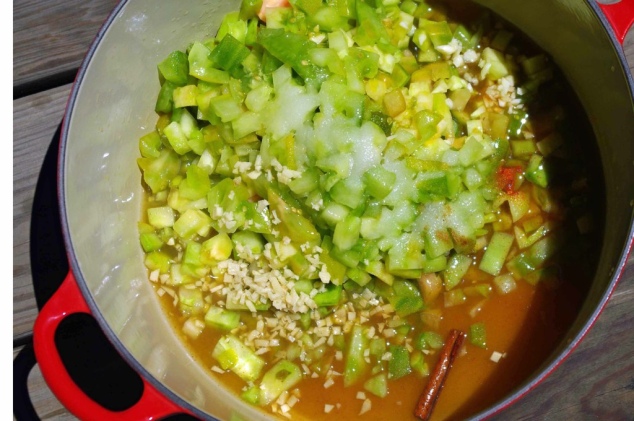 It’s worth a mention that these little cornmeal balls are a cinch to whip up, and I’m a little sad about not having done so before. And given the occasion, a gluten-free / dairy-free adaptation was effortless, if that’s what you’re looking for.

instructions
In a large bowl, whisk the cornmeal with the flour, sugar, salt and baking powder. Add the egg, soymilk and melted butter and whisk until smooth. Cover and refrigerate the hush puppy batter for at least 1 hour (can refrigerate overnight, if needed).

In a medium saucepan, combine the diced tomatoes with the honey, vinegar, sugar, ginger, garlic, cinnamon stick, cumin and cayenne. Bring to a boil and simmer over moderately low heat, stirring occasionally, until thick and jammy, about 40 minutes. Discard the cinnamon stick. Season the tomato jam with salt. Transfer the jam to a bowl and let cool.

Preheat the oven to 400°. In a large saucepan, heat 2 inches of oil to 350°. Set a rack over a large rimmed baking sheet and place near the stove. Stir the hush puppy batter. Drop tablespoon-size balls of batter into the hot oil, about 6 at a time, and fry, turning a few times, until they’re deeply browned and cooked through, about 3 minutes. With a slotted spoon, transfer the hush puppies to the rack to drain. Repeat with the remaining batter. When all of the hush puppies have been fried, reheat them in the oven for about 3 minutes, or until they’re hot (or, reheat when ready to serve). Serve them with the green tomato jam.