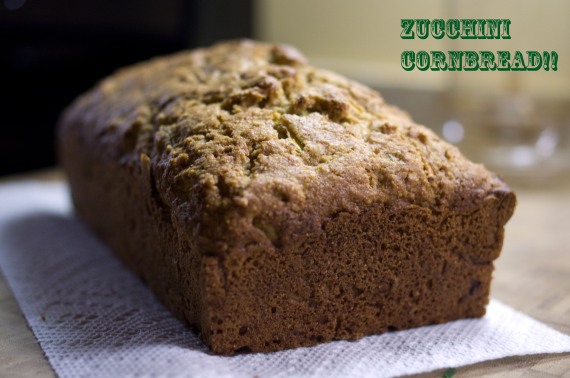 The day I was born, my dad near about had a heart attack, or at least that’s the story. My parents are both fair-skinned and light-haired. Although technically, my mom truly does have dark roots but you don’t really notice them because she still gets her hair “frosted”. Last time I checked, that’s a pretty common ‘do for her age group. Anyway, I came into the world writhing and crying, full of life and all that good stuff. But I also came out with something that really threw my dad for a loop – I had a head FULL of nearly black hair. WTF?

I would have been confused too. 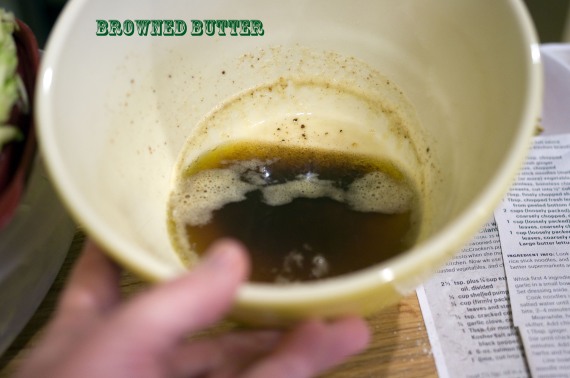 Anyway, clearly there are no paternity issues. Just like most of us, I recognize that I have some traits from my mom, and some traits from my dad. Some are good, like my big brains, blue eyes, and relatively normally shaped symmetrical head, and some are downright nasty, like my cankles, my big knees, and über mushy upper arms. I mean seriously – you’d think there would have been a selective advantage against such atrocities, but as it turns out cankles and big knees are all kinds of sturdy, so I guess that’s a good thing. The fat arms? Well, I suppose in the event that I’m stranded in Antarctica, it would take me a little bit longer to use up my own mush before I start gnawing on the arms of my friends.

Aside from all that loveliness, I try not to complain too much. Sure, I have a hard time finding boots that zip up over my cankles and ginormous calves (that I’m pretending are all muscle; laugh it up, Simpson!), but all in all I’d say things could be much worse. Yeah, I am as close to legally blind as you can get (dramatic, much?), but that’s nothing a pair of contacts and ultra thick glasses can’t fix.

Then you get the traits that are sorta ‘give or take’. I don’t mind having thinnish hair because it dries quicker. I don’t mind being short because I can make people do stuff for me with a quickness, and it’s always easier to take in length on pants than to let it out. I don’t mind having boobs because at least I didn’t have to stuff my bra when I was 14. Plus, boys generally like boobs. So I guess that’s good.

And then there’s the butt. Hoo boy. Again, there definitely is no denying my true lineage, but I swear there has to be some African American ancestry somewhere in one of my family trees. I guess it’s not impossible, being Southern and all… Because this is the truth: I have a little bit more rhythm than a lot of white folk (and I mean a little bit more…. I am no Beyonce for sure). I have slightly fuller lips (at least the bottom one) than a lot of white folk. Last but certainly not least, I have a ginormous ass for a white chick. It’s not proportional. It’s not right, and I have no idea where it comes from. It’s just not natural. 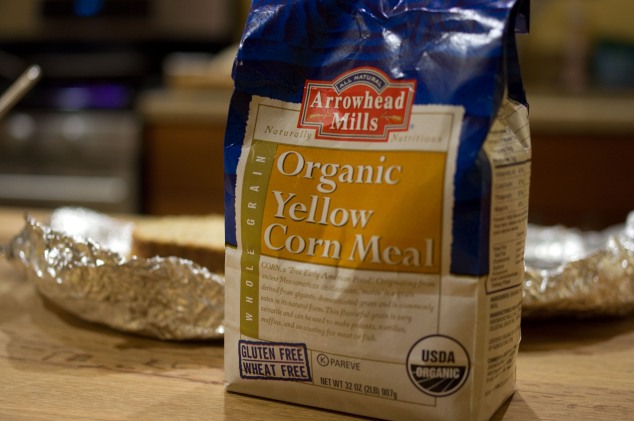 Here’s where the story gets funny. Because of said unnaturally large ass, I seemed to get harassed by the vast majority of black boys in my school. Maybe it was stylish for a regular looking white girl to wear such an unusually large backside, or maybe there’s some other reason why black boys (and a handful of white boys) like girls with junk in the trunk. Who knows. Either way, I remember one specific group of guys in high school who taunted me almost daily. How rude, right?! But I remembered it, not because of the fact that it was nearly daily, but because of what they said to me every. single. time.

“Girl, you be eatin’ all your cornbread!”

And with that, friends, I have embarrassed myself in front of the whole internets (but only slightly), and! I have given you a great recipe for cornbread. I won’t lie – I do fancy a piece of cornmeal-laden bread every now and then, but it’s not like I ate it all the time as a kid. I’m gonna chalk it up to science, and swear there’s some genetic influence quite a few generations back. Selective advantage? I won’t even try to answer that… 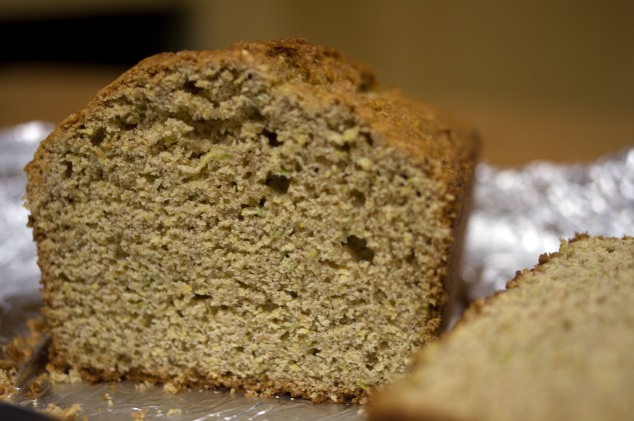 this is a really good cornbread recipe, so let’s start with that. it’s not moist, so don’t expect a texture like banana and pumpkin breads. it’s drier, but it’s buttery (with browned butter – yum!) and has just enough sugar to provide a little sweetness, too. You don’t notice the zucchini much, but at least you’re getting veggies, if only a little dab! and to be honest, this is NOT the way Southern cornbread tastes. Southern cornbread is not as sweet, and maybe even a little more dry, a bit heftier. either way, it’s a great side item to a stew, or perhaps Thanksgiving? I ate it as a late-night snack this week, but that could lead to ill effects, as we’ve already discussed…

instructions
Position a rack in the middle of oven and preheat to 350 F. Spray or butter a bread pan.

Melt butter in a small saucepan over medium-high heat. Continue cooking until butter solids at bottom of pan turn golden brown, about 3 minutes. Scrape butter into a medium bowl. Set aside and let cool. Whisk in eggs and milk.

Peel and coarsely grate zucchini. Add to bowl with butter mixture and stir until well blended.

Bake bread until golden and a tester inserted into center comes out clean, 55 minutes. Let cool in pan 10 minutes. Remove from pan; let cool completely on a wire rack. For best flavor, make a day in advance.

6 thoughts on “Survival of the Fittest”