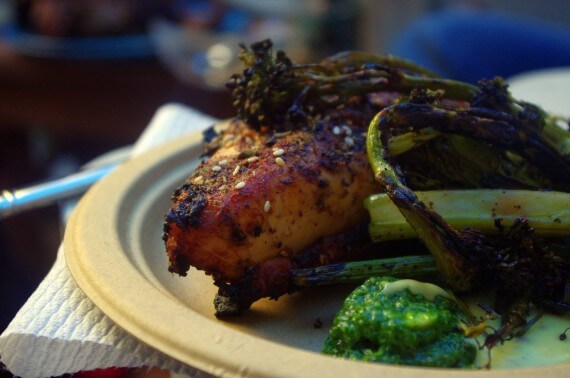 It has become widely apparent to me that there are some key differences between the East and the West. And now, I don’t mean the World here, I just mean the wee ol’ United States. The red, the white, and the blue. Happy Belated Birthday, by the way, America. The San Francisco fireworks in your honor were just plain lovely, after I stopped thinking about the regretful act of not wearing socks that night.

There were a plethora of other lovelies this past holiday weekend too: grillin’ out with friends on Saturday, starting to walk through a great new book on Sunday, and a baseball game finished off by said fireworks on Monday. Why can’t all weekends be that awesome (minus the sunburn)?!

But let’s get back to the matter at hand. Throughout the course of the past week, I have without a doubt deduced one clear, glaring difference between East and West, and this isn’t to say that there aren’t quite a few, but alas. I have what may be the most important discrepancy: the definition of “barbeque” (aka barbecue).

I’d like to direct your attention to the following article: http://en.wikipedia.org/wiki/Barbecue. Yes, Wikipedia, the source of all sources.

You can read through the whole article, if you wish. It’s actually rather interesting. But what I’d like to call your attention to is the following paragraph:

“The word barbecue is also used to refer to a social gathering where food is served, usually outdoors in the late afternoon or evening. In the southern USA, outdoor gatherings are not typically called “barbecues” unless barbecue itself will actually be on the menu, instead generally favoring the word “cookouts”. The device used for cooking at a barbecue is commonly referred to as a “barbecue”, “barbecue grill”, or “grill”. In North Carolina, however, “barbecue” is a noun primarily referring to the food and never used by native North Carolinians to describe the act of cooking or the device on which the meat is cooked.”

Here’s the issue: I found myself eating around a grill 4 separate times this past week from Thursday through Monday. Not once did I partake in, or make use of a, barbeque. Often times, I had to confusingly ask for clarification. Here’s one example.

Co-worker: “Are you coming to the barbeque at lunch today? It’s free.”

Me: “Free? Yes! Where is the pig being cooked?”

Me: “Oh, yeah, right. What you mean to say is there are some meat items that have been grilled, and that is free, right?”

Either way, the grilled meat was good. But it ain’t barbeque.

And neither is this chicken, although a grill was most certainly part of the festivities. It doesn’t make it less good, I promise. But there is right and there is wrong in this world, and to say barbeque for something that has a pig nowhere in sight is just plain wrong. Although, I should be clear here, and state my one exception: you can called chicken ‘barbequed chicken’ IF there is a barbeque sauce involved, but that’s still a stretch, and in that sense it really is only referring to the fact that it’s chicken, with barbeque sauce, and not necessarily grilled, either.

Agree? Agree to disagree? Tell me more. Maybe one day I’ll learn to turn the other cheek at this craziness; probably not. And since I am out West, and unlikely to find any truly original REAL barbeque, I’ll settle for grilled meats instead. Because, really, what’s not to love about a grill, anyway? 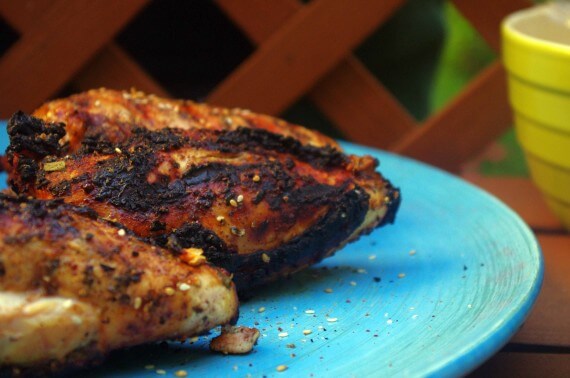 time commitment: ~3 hours, plus overnight marinating (most is inactive time; everything can be made in advance, leaving only grilling chicken for the day of)

i’m including the original recipe amounts here, but this is easily adaptable to a crowd, as we practically quadrupled the recipe with no problems, scaling back on the marinade just a tad. the chicken is great by itself, or with either/both of the dipping sauces below. also, I don’t tend to remove seeds from peppers, as we like things spicy in our house, and we like to torture our guests. feel free to remove them if you’re feeling sheepish.

Meanwhile, prepare the remainder of the marinade and the za’atar. In a medium bowl, add 4 tablespoons oil, lemon zest and juice, rosemary, chile, and marjoram; whisk to blend. When garlic is cooled, squeeze roasted cloves out of skins and into the same bowl; mash into a paste with the back of a fork and whisk all ingredients together.

For the za’atar, combine marjoram through black pepper in a small bowl.

Season chicken with salt and pepper; let stand at room temperature 30 minutes. Meanwhile, heat a gas grill to medium-high. Brush grill rack with remaining 1 tablespoon oil. Grill chicken, turning occasionally, until skin is crisp and browned and an instant-read thermometer inserted into the deepest part of thigh without touching bone reads 160°, about 40 minutes, more or less for some pieces and depending on the size. Transfer chicken to a platter, sprinkle with remaining 1 1/2 tablespoon za’atar, and let rest 10 minutes.

Serve by itself, or with cumin aioli and green harissa (recipes below).

Combine first 7 ingredients in a food processor and purée until smooth. Season harissa to taste with salt. 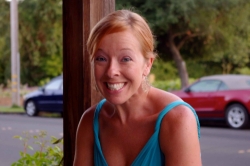 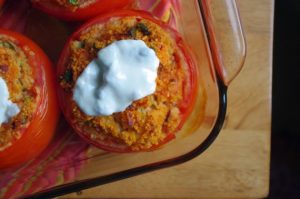 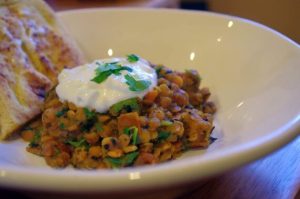 born ‘n raised on Southern fare: cornbread, pound cake, chicken pastry, pulled pork with vinegar-based BBQ sauce. even still – a move to Chicago was what led to finding a passion for food. seven years later, I migrated west to California – a land of amazing wine and produce.