One of the downsides to losing the Iron Chef battles, or rather the downside to losing, is that you don’t get to choose the ingredient next time around. Okay, I retract that statement; there is another downside – crushing of pride. Embarrassment. Resulting fear and anxiety about the next one, another losing battle for sure. Soul-stealing. Losing leftovers – who wants those?! I couldn’t even look at the sliders from last time.

Wow, that was intense. And maybe a little dramatic. Whatever.

But when you don’t get to pick the ingredient, you just never ever know how you’re gonna feel about it, until you do. Know, that is, which generally doesn’t happen until the Wednesday before the actual event. So you wait two months in anticipation, since you, er, lost. Remember?

And then someone announces that FENNEL is the god-forsaken theme ingredient. Fennel. Shitfire (yes, this is a word).

As it turns out, f-ing fennel is not my most favorite ingredient on the planet. I was hoping for, I dunno, cheese? Bacon? Crabs? Fire-breathing dragons? Rattlesnake? Durian? Definitely not fennel.

And dang, here I go being dramatic again. I really don’t hate fennel. Honest. I just, as my gramma would have said, I just don’t love it. And these secret ingredients – they need to be loved. You need to be excited about them. You need to want to slather them all over your body, and eat them till the cows come home. 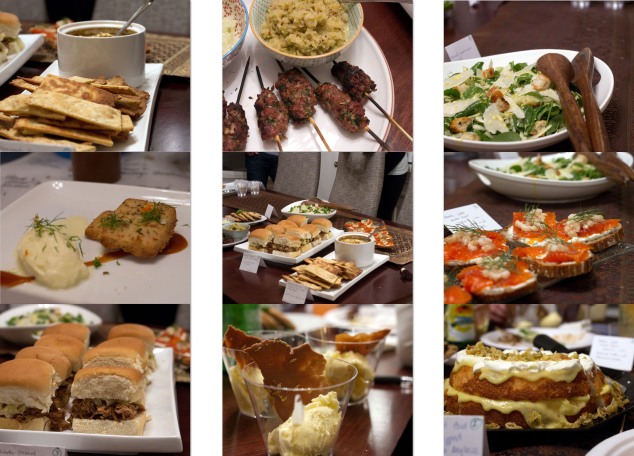 Four SF battles in, I finally made a dish worthy of a win, or at least a shared win. With fennel, of all things. But I sucked it up and I liked it, and I liked ALL of the dishes made. And my dish? I just stuck with things that I do LOVE – ice cream, caramel, and shortbread. I figured, even if I don’t LOVE fennel, I’d at least love the mediums that included it.

So here we are – at an Iron Chef first – a tie. Picking the next ingredient (or ingredients, depending on what we decide) should be fun. Plus, my pride will be intact – for once. 🙂 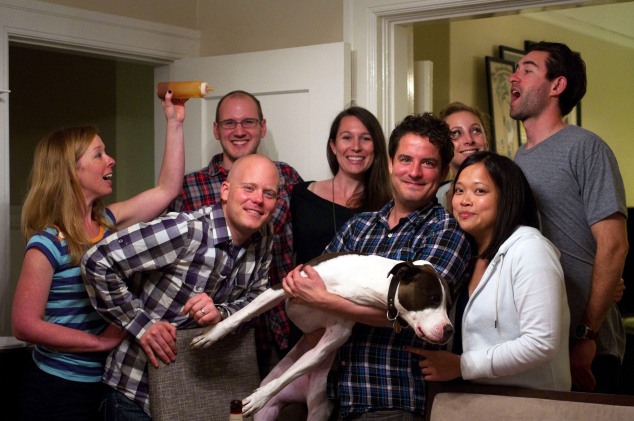 ps – the shortbread recipe is coming soon. but it’s so dang good, I just had to give it it’s own post. had to.

time commitment: variable. at least 3 hours (1 hour active time), or you can do this in steps and make the base the night before and freeze the ice cream the next day.

instructions
Bring cream and fennel seeds just to a simmer in a small heavy saucepan, then cover and let steep about 30 minutes.

Meanwhile, bring milk, 1/2 c sugar, and a pinch of salt to a simmer in a heavy medium saucepan over medium heat, stirring.

Whisk together yolks and remaining 1/4 c sugar in a large bowl, then add milk mixture in a slow stream, whisking. Return mixture to medium saucepan and cook, stirring with a wooden spoon, until mixture coats back of spoon and registers 175°F on an instant-read thermometer (do not let boil). Immediately strain custard through a fine-mesh sieve into a heat-proof bowl. Strain fennel cream into the same bowl, pressing on solids while straining to extract as much flavor as possible. Mix together.

Quick-chill by setting bowl in an ice bath and stirring occasionally until cool, about 15 minutes. You can also just chill the mixture in the fridge overnight, if you allow an extra day for this.

Once mixture is chilled, freeze in ice cream maker according to machine’s instructions (usually 15-20 minutes). Transfer to an airtight container and put in freezer to harden, about 1 hour.

instructions
Combine sugar and water in heavy small saucepan. Stir over medium-low heat until sugar dissolves. Increase heat and boil and DO NOT STIR. Also, DO NOT WALK AWAY. On occasion, pick the saucepan up and swirl the mixture, but don’t stir. Somewhere between 5-8 minutes the mixture will begin to turn from clear to a light golden color. Once the golden color is more noticeable, remove from heat more often and swirl the mixture. The caramel color will quickly change colors, and will continue to cook in the pan once removed from the heat, so don’t wait to remove the pan when it’s dark, or your sauce will burn. What you want to end up with is a nice, deep golden color that isn’t burnt, so if you don’t get the right color after removing from the heat and swirling, then add it back to the stove for a few seconds at a time. Make sure it’s spot-on before you continue to the next step – it’s better to toss out a little burnt sugar and start over than to have to start all over once you finish everything and realize your caramel tastes burnt and gross.

Once the sauce is the right color, carefully add zest, orange juice, fennel seed, and heavy cream (mixture will bubble vigorously). Stir over low heat until smooth and any caramel bits dissolve. Strain the mixture (twice, if needed) through a fine mesh sieve and pour back into the saucepan.

Now, once I got to this point my sauce was a tad too “watery” for my liking, so I added about a teaspoon of sugar at a time, cooking on medium-low, until it thickened up. I adjusted the amount of sugar on the front end when I wrote this recipe, so yours should be thicker, but feel free to do this if you want to thicken up your sauce and just slowly cook it without a ton of heat until it gets where you want it. Once it does, finish the sauce with the butter and sea salt, and remove from heat to let cool completely. You can strain at the end if you want, but straining earlier was helpful for me to check the thickness.

The sauce will keep for a few days (weeks?) in the fridge. Zap it the microwave for ~30 seconds before serving.

Sure, my clothes are all the same size; they more or less fit the same as they have for oh, 4 years now. But that’s not the point. There seems to be a lot more wiggle in my jiggle, if you catch my drift. I’d like to blame my love for food, or maybe this blog, or maybe Chicago and San Francisco, or my genes (which that one, that one is a good one – have you seen the hips and thighs of my Southern aunts?!). But at the end of the day, it’s really all because I am a loud and proud, lifetime member of the “clean plate club”. Shoot, I should have a medal for it, or a fake wood plaque, or something.

Yes, I know – you could easily skim through the recipe page and point out quite a few items that would lead to jiggle-y-ness even if eaten in small quantities. I like to indulge. But I also hate the sheer thought of a diet. Sure, they work in the short term, I’m aware of that. But the difficulty is that, after the diet is over, the dieter slowly starts incorporating all of those foods that were off-limits during ‘diet phase’, and then slowly the curves start to reappear.

The key, friends, is everything in moderation. It sounds awesome, but I seem to have forgotten how that works. In an effort to figure it out again, I made ice cream.

Chocolate ice cream. With caramel swirled into it. Don’t get me wrong, I could eat the whole pint if I really put my mind to it, and that’s an exaggeration, because I’m sure I could roll outta bed in a full-on daze and eat a pint of this ice cream. But get this – you definitely don’t need to.

I first noticed this recipe on Tara’s site, and then I quickly realized that I’d already finished that particular episode of Bon Appetit from whence this recipe was made, and so I ran to the toilet (ahem. there is a magazine rack there where we keep old food magazines, and Mens’ Healths, thank you very much.), grabbed the last BA, and hunted down the recipe that I must have totally ignored previously.

Then it sat on the table for a few days, and it’s safe to say I walked past it at least a dozen times, cursing the words chocolate and ice and cream and then I read it even closer and saw that there was caramel involved and finally, at long last, I put this moderation idea to the test.

And just like Tara said, you’ll want to start this task immediately after reading here. You grab your ingredients from the fridge and pantry, because chances are you have them all on hand, or can easily procure them in a few moments. Then you walk, no run, to turn on some good ice cream-makin’ music (something with a lot of fist-pumping), and you plant your feet at the stovetop to get this project going.

Five days later, you remove your almost-but-not-quite-forgotten pint from the freezer, let it thaw for a good ten minutes, and scoop one mighty mound of decadence into a teeny tiny bowl. Because, believe me when I say so, I promise you that’s all you need. And with that, success in the form of ice cream. And moderation.

instructions
Place chocolate in a medium microwave-proof glass bowl. Microwave chocolate on 30 second intervals, stirring well after each time, for about 1.5 minutes, or until the chocolate is smooth. Sit aside.

Whisk milk and cocoa powder in a medium heavy saucepan over medium heat until mixture begins to boil; set aside.

Bring remaining 6 tablespoons sugar and 2 tablespoons water to a boil in a small heavy, deep saucepan over medium-high heat, stirring until sugar dissolves. Boil, occasionally swirling pan and brushing down sides with a wet pastry brush (do not stir), until a dark amber color forms, about 5 minutes. Gradually whisk in cream (mixture will bubble vigorously). Whisk caramel into chocolate custard. Strain into a large container; cover and chill for 2 days.

Process custard in an ice cream machine according to manufacturer’s instructions. Transfer to another container; freeze for 3 days before eating.